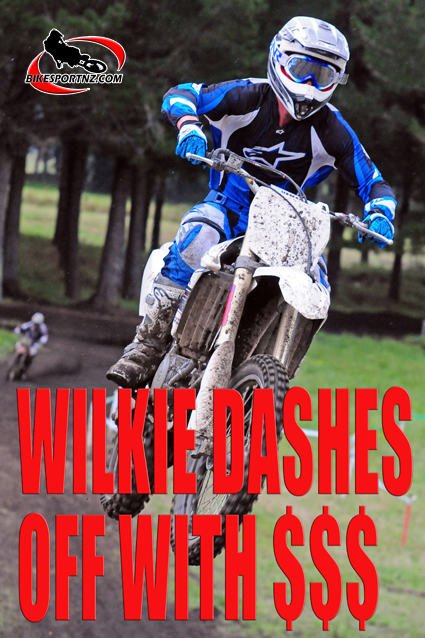 The opportunity to win cash was certainly a motivation for Masterton’s Mason Wilkie, but that wasn’t the only thing that enticed the newly-signed Yamaha rider to travel to Himatangi at the weekend.

“Sure, the money would be nice but I’m really just here to get time on the new Yamaha YZ450F and to build up for the motocross nationals.”

The 21-year-old Wairarapa builder survived the intense series of three-way battles in the unique race format at the Rida Culture Champion Motocross event in the Manawatu on Sunday, finally claiming the “winner-takes-all” grand prize of $1000.

Wilkie’s final clash was a one-on-one affair, a final showdown with the other man to survive the knock-out phases, Wellington’s Jayden Jessup (KTM).

“There was nothing between us in the end,” said Wilkie. “It was getting quite muddy by that stage too.

“I’ve been riding the Yamaha for about two months now but this is my first major event. I have not really raced with this sort of intensity until now and it was good to see how I’d respond under pressure.”

Wilkie finished 11th in the MX2 (250cc) class at the motocross nationals last season but now steps up to contest the MX1 division on the YZ450F.

“Nathan Sargent from Sargent Motorcycles in Masterton made me an offer that was too good to refuse and, I have to admit, it’s nice to work with those guys. The atmosphere is great and there’s no pressure placed on me.

“The only pressure is that I place upon myself and I do want to do well at the nationals.

“It has been a big step-up for me going from a 250cc bike using a carburettor to a big fuel-injected 450 … this bike really is a weapon.”

The New Zealand Motocross Championships kick off near Timaru on February 20 but, in the meantime, Wilkie has his heart set on making an impression or two at the Whakatane Summercross in just over a week’s time and at the 50th annual Woodville Motocross on January 30. 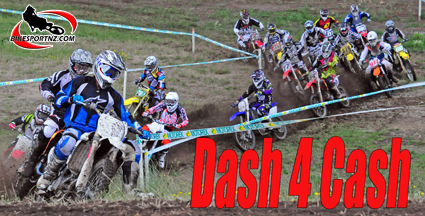