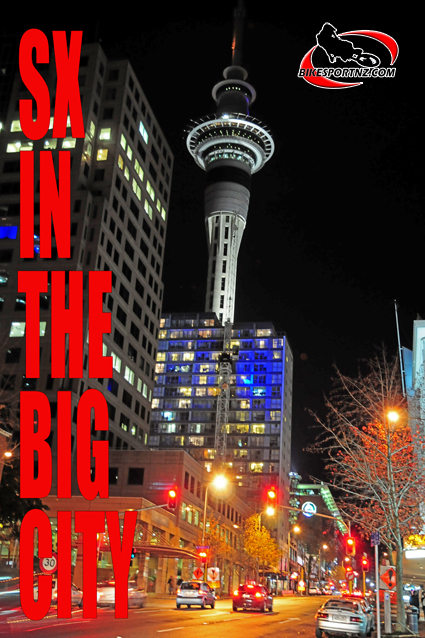 Mount Maunganui’s Cody Cooper has confirmed he will line up alongside fellow Kiwi Ben Townley in the Auckland and Dunedin rounds of the Monster Energy Super X series events.

The multiple NZ and Australian champion, who finished fifth overall in the AMA Pro Motocross Championship in 2008, will put his exceptional motocross skills into action for the Australasian Supercross Championship events, to ride alongside his good friend Townley (Kawasaki), of Taupo, to represent his country on home soil.

Townley finished a remarkable fourth overall in the AMA Pro Motocross Championships this year after coming back from injuries that had kept him sidelined for nearly two years. He is the current New Zealand Supercross Champion in the open class.

The 27-year-old Cooper, who won the Motocross Extravaganza at Taupo last month, will be riding for the Rockstar Motul Suzuki team, the same team he competes for in the Australian Motocross Championship.

“I can’t wait to race in Super X this year after I missed out last year due to injury. I have been practicing a lot and feel great on my bike,” said Cooper.

“Super X is an awesome series and it’s great the promoters have decided to host two rounds here this year. I have raced a lot of the Aussie guys in the motocross championship over there so it will be good to finally have the home advantage.”

All of the best riders competing in the series in Australia will also make their way to New Zealand for both rounds including US competitor and current championship leader, Monster Energy/Pro Circuit Kawasaki’s Josh Hansen, Jagermeister KTM’s Mike Alessi (USA) and his brother Jeff Alessi (USA), who will make his Super X debut in Auckland and go on to contest all of the remanding rounds for the CDR Rockstar Yamaha team.

The Monster Energy Super X was created in 2008 through a partnership between Chad Reed and Global Action Sports and has revolutionised the sport of supercross by introducing a range of exciting new race formats, live television coverage and the construction of innovative full-sized US-designed supercross tracks for the first time in Australia and New Zealand.

The New Zealand tracks will be custom designed and built by internationally renowned American track designer Jason Baker and will incorporate many unique challenges for riders.

Tickets are on sale now through www.ticketdirect.co.nz