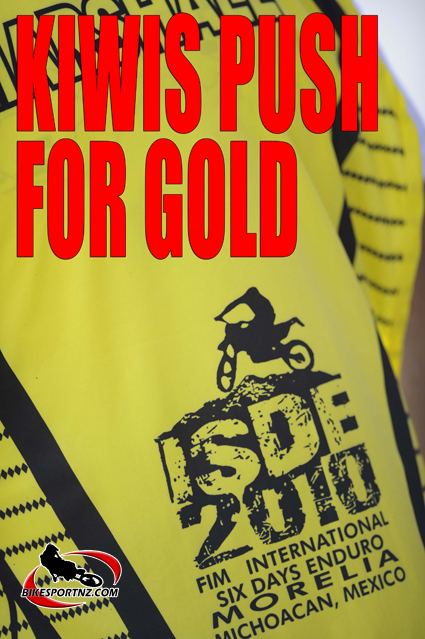 After the great results from the Wellard Yamaha New Zealand Team on day one of the International Six Days Enduro in Mexico, the Kiwi group was on a high and determined to push on to greater things on day two.

The focus for the Kiwi Yamaha trio – Mokau’s Adrian Smith, Paeroa’s Chris Power and Auckland’s Karl Power — is on winning the World Club Team cup and for each of them to bring home a gold medal and it all seems to be going well for the Kiwi riders as they continue to feature near the top of their respective club classes.

Karl Power took day’s honours in the C2 class and, although he is still second outright, he closed the gap on the class leader, Spain’s Aaron Bernardez (KTM).

The great news is that their combined result sees them securely in second place for the chase for World Cup honours, where, after two days so far, the Kiwi battlers are about eight minutes behind the Spanish three-man team of Bernardez, Guerrero and Jordi Figueras.

It will be a tough battle as one of the riders in the leading team was second outright on day two, so he’s proving he is very fast indeed.

With two days under their wheels, there is plenty of action still to come and anything can happen.

For days three and four the riders head into a new section of trail, so it will again be unfamiliar terrain.