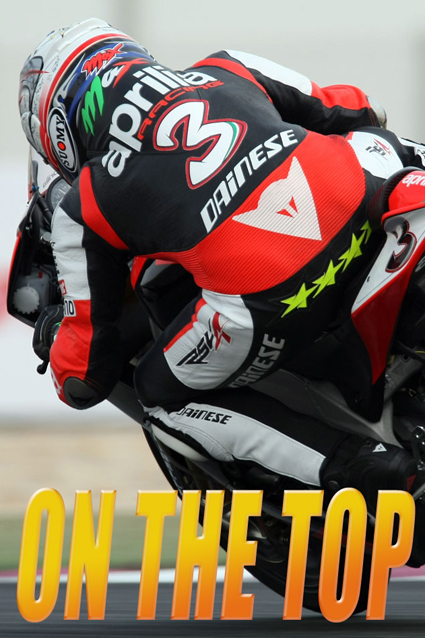 In the year he became a World Superbike Champion for the first time, Max Biaggi ended a triumphant 2010 campaign in style with a fitting tenth victory at the 13th and final round of the championship at Magny-Cours, in France, at the weekend.

Something of a surprise win for the ‘Roman Emperor’ having been forced to contend with a cold for much of the weekend, Biaggi was made to work hard throughout the day as he fended off his rivals in a bruising race one encounter.

Culminating in a last corner fracas between himself and Leon Haslam, one that saw him bouncing over the kerbs, Biaggi’s fourth was still enough for Aprilia to seal the 2010 manufacturers’ title.

Racing for himself in race two, Biaggi battled his way to the front on lap nine but would be pushed hard over the second-half by a charging Cal Crutchlow, who made numerous attempts to get past.

Nonetheless, Biaggi held firm to hold onto victory by less than a tenth, the Italian admitting he was relieved to see the chequered flag.

“Race two was really hard,” said Biaggi, whose winning margin of 75 points over Haslam is the seventh largest in WSBK history. “We were a lot stronger than in the first race and yet the competition was always right their snapping at our heels.

“My cold didn’t let up at all and after the halfway point of the race I was struggling to breathe and sincerely couldn’t wait to get to the last lap. It’s nice to end this season with a win after the first place in the rider and manufacturer standings: The celebration was for me at Imola, but today it’s my team’s turn.

“They have worked hard and they deserve this success from the mechanics to the engineers from Noale who follow me track after track.”

Biaggi did not make a comment on the post-race confrontation between himself and Crutchlow after the champion took exception to being sprayed with champagne on the podium.