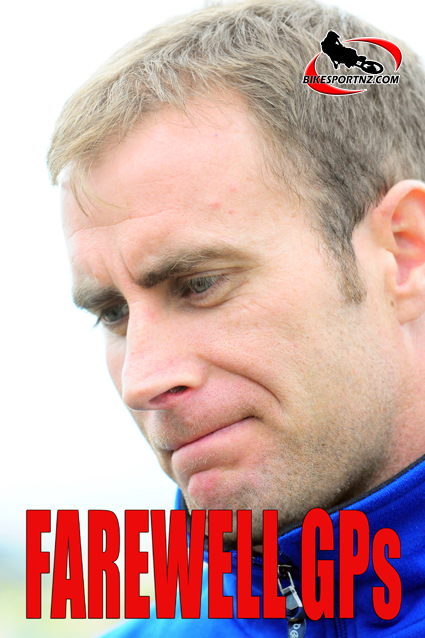 One of the icons of the FIM Motocross World Championship, Joshua Coppins announced at the weekend during a press conference at the Grand Prix of Benelux that he will put an end to his 17-year long Grand Prix career at the end of the 2010 season, which will include also the Red Bull FIM Motocross of Nations by the end of the month in the USA.

The New Zealander did not win any world titles but won a total of 11 GPs in the MX1 class.

Having ridden for Suzuki, Honda and Yamaha, Coppins faced a new challenge in 2010 when he joined the Aprilia Racing squad to steer the Italian twin cylinder bike. The 33-year-old is currently placed in 11th position in the FIM Motocross World Championship.

A young Coppins raced his maiden Grand Prix in Australia, next to his home country New Zealand where he had shown to be one of the most promising riders in the National field. It was 1993 when Coppins and his Suzuki 125cc machine lined up for the Australian Grand Prix in Manjimup.

His first full season in the FIM Motocross World Championship was in 1995. Onboard a Suzuki, Coppins finished the 250cc Championship in 41st place after scoring just two points-one at the first GP and one at the last GP.

The following year Coppins improved on his results to take an eventual 23rd place but as he puts it, Coppins was still “surviving Europe” in his first years alone in the continent.

Still on Suzuki, in 1997 and 1998 Coppins came closer to the top ten, finishing 17th and 13th respectively. The latter year was the one of Coppins’ breakthrough, with the Kiwi gaining skills, experience and especially confidence. 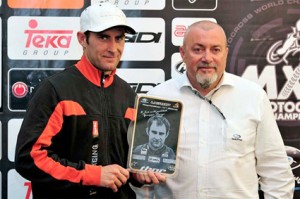 The 1999 season was a special year for Coppins, who finished seventh in the World and turned a few heads around. Despite riding for a private team, he had beaten the factory Suzuki riders and after many years as privateer, the Factory Suzuki Team noticed him and offered him a ride for the following year. Coppins’ dream was coming true as he accepted the offer and lined up even stronger in the year 2000.

Coppins stormed into the top five of the 2000 Championship onboard a works Suzuki. He took an eventual fourth place in the Championship and collected a good bunch of podium finishes at his first year as factory rider.

In 2001 Coppins and Suzuki were going for the World Title but it was the other Factory Suzuki rider Mickael Pichon who took the number one plate eventually. Coppins instead marked his last season on Suzuki with a sixth place in the Championship. Missing out on his maiden Grand Prix victory was tough to accept for Coppins, therefore the Kiwi moved elsewhere to seek new motivation and success.

Coppins moved into Corrado Maddii’s Honda squad, managed by the Vice World Champion himself, in 2002. According to Coppins’ opinion, that was the year he changed from a good rider to a top rider. Coppins was often on the podium and took a valuable second place in the Championship behind eventual Champion Pichon – a living legend in Motocross. 2002 also marked the meeting in between Coppins and his long time mechanic Fabio Santoni of Italy, who would follow him until 2009.

In 2003 formed a new association in the FIM Motocross World Championship with Coppins joining the CAS Honda Team. Their first season ended with a bitter 12th place because Coppins was out for most of the season due to an injury he picked up while racing in America during the off season – he broke both legs and his back. 2004 and the arrival of the MX1 class would see a stronger Coppins though.

In a season dominated by Stefan Everts and Pichon – respectively first and second in the Championship – Coppins worked his way through the field to finish an eventual third and even beating the two in a couple of occasions by winning heats in South Africa and Great Britain, the latter event marking also Coppins maiden GP win. That was Coppins’ rebuilding year and the Kiwi was ready to try again his assault to the World Title.

In 2005 Coppins battled it out for the Title with Everts and fellow New Zealander Ben Townley. Everts took the Title but Coppins was once again second, dominating both the Swedish and South African GP’s and putting pressure on the Belgian throughout the season. Once the Championship ended, Coppins took part in the Motocross of Nations with Team New Zealand finishing a creditable fourth.

The 2006 season was another year holding World Title hopes for Coppins but a shoulder injury before the start of the season ruined the New Zealander’s plans. Coppins could resume racing only at the eighth GP in Matterley Basin, where he was on the podium straight away. Coppins will be remembered for his 2006 season as the only rider capable of stopping eventual Champion Everts’ winning streak by taking the Northern Ireland Grand Prix, Coppins’ best race ever according to his opinion – there have been no other GP winners in 2006 other than Coppins and Everts. Coppins would keep being on the podium until the last GP of the season in Ernee, France, where he took fifth overall. A podium at the Motocross of Nations with Team New Zealand was another consolation for a bittersweet season.

In 2007 Coppins moved into the works Yamaha Team to replace legendary Everts, who had retired in 2006. The New Zealander was the clear favourite for the Title and once the season started he took an impressive series of eight podiums in a row including five wins. Unfortunately, the Czech GP marked Coppins’ hardest moment with a crash damaging his left shoulder at the moment Coppins was leading the Championship by 107 points. From then on Coppins was never able to recover and take back the leadership of the series. He ended a very bitter third with Steve Ramon taking the Title. Looking back at it, Coppins reckons it was a very good year but with a very bitter finale.

In 2008 it was also a tough season for Coppins who struggled against the opposition and could only finish fifth in the Championship. Being still bitterly disappointed from 2007, Coppins had to face also a hard opposition from the younger riders having moved up to MX1 and that was a factor he reckons he was not ready to face back then. Three podiums and one Grand Prix win handed Coppins the renewal with the factory Yamaha Team for the 2009 season.

In 2009 Coppins celebrated his last year with Yamaha. The Kiwi struggled but his fighting spirit made him finish an eventual sixth in the Championship, missing the top five by just 10 points. He won the Bulgarian Grand Prix and added other two podiums to his season’s records.

The 2010 season instead meant a new challenge for Coppins, moving to Aprilia to take the twin cylinder machine of the Italian manufacturer to success. Instead the experience with Aprilia unveiled to be tougher than expected, with Coppins taking the first half of the season to adapt to the bike. Taking a long series of top ten finish, at the day of the announcement of his retirement from GP racing Coppins is placed 11th in the FIM Motocross World Championship.

After this Grand Prix and the last one of the season in Fermo next weekend, Coppins will also race the Red Bull FIM Motocross of Nations in Denver, USA, on the September 26 weekend. Before the end of the year, Coppins plans to move down under in New Zealand with his family which he formed while he was in Europe.

On Monday an official announcement will explain Coppins’ full plans for 2011 but the Kiwi wishes to remain involved in the sport anyhow.