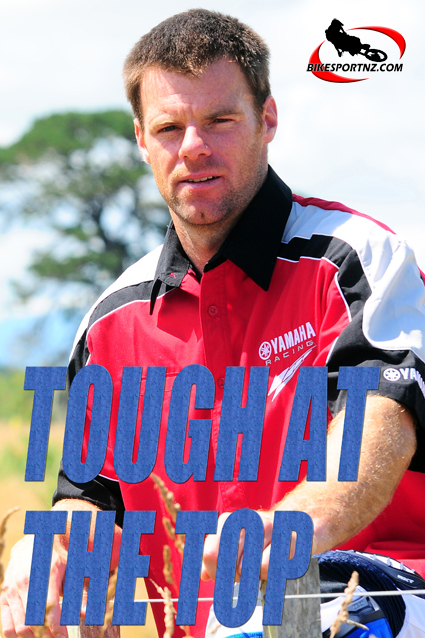 The ninth round of the Grand National Cross-country Championships (GNCC) in the United States at the weekend will remain in the memory for New Zealand’s Paul Whibley for all the wrong reasons as he finished the day only 13th overall and ninth in class.

Defending champion Whibley (Yamaha) had finished this far down in the order on only one other occasion this season, when he came home 10th at the opening round in Florida in March.

Held in Snowshoe, West Virginia, the weekend’s course was laid out on a ski field, made available to the bike racers during the summer off-season, and it featured very steep climbs, along with gravity-defying drops and downhills.

However, none of this seemed to suit the Yamaha ace from Pahiatua as he struck a succession of minor technical problems.

Whibley remains fourth in the overall championship standings but is now 47 points behind series leader Josh Strang. Australia’s Strang (Suzuki) holds his lead despite finishing only sixth at Snowshoe.

New York native Nate Kanney (KTM) won the Snowshoe event, his first win of the series, moving him up one position in the championship standings, from seventh to sixth spot.

“In the first couple of miles, I began to have clutch problems,” said Whibley. “With the Snowshoe event having a long lap of around 22 miles, it was some time before I was back to the pits.

“But, although one problem was fixed, another was created.

“I was sent back out on the track although a long way back. All I could hope for was to score some points.

“Since the track was rocky and pretty tough, there were a few positions to be gained when others dropped out with their own issues. The race was also long in duration, running about three hours and 30 minutes, and I picked up a few positions late in the race passing riders that had spent everything already on the demanding course.

“The Ohlins suspension again did a fine job of gobbling up the roots and rocks and smoothing the track out. The G2 throttle cam system allowed me to tune the power delivery to find traction in the slickest sections. I’m not sure what went wrong with the clutch, my only guess is I put something in incorrectly.

“It was a very disappointing weekend for me,” said Whibley.

Despite finishing 10th in Florida and now ninth in West Virginia, Whibley is still close enough to challenge for the championship lead, although he will have to wait before he can mount an attack on Strang and the other riders ahead of him.

Competitors now have a two-month rest from the GNCC season as the series starts its summer break. The championship will resume on September 10-11 in New Berlin, New York, for round 10, the Can-Am Unadilla GNCC.

Just four rounds remain with the series set to wrap up at Crawfordsville, Indiana, on October 23-24.

LEADING RESULTS FROM ROUND NINE:

LEADING standings after nine of 13 rounds: