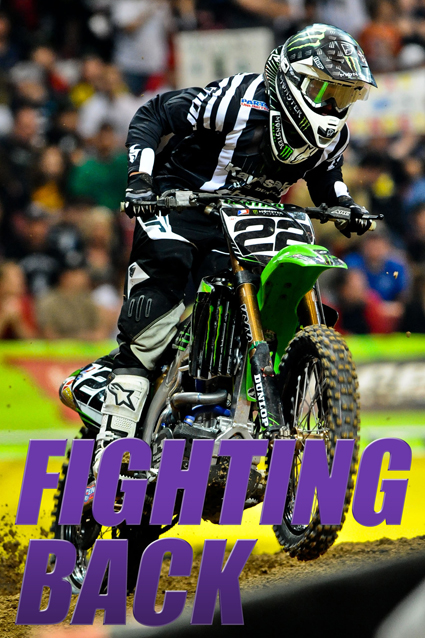 But Seattle’s Qwest Field is one venue that has so far failed to yield the Australian victory in a main event.

Reed has featured on the podium at every Seattle event bar one and is hoping that this weekend’s Monster Energy AMA Supercross Championship event at Qwest Field will see him finally stand on the top step of the dais.

Reed won’t feature at the top when the series final standings are decided thanks to his crashing to the sideline earlier in the season – Suzuki’s Ryan Dungey is heavily favoured to be supercross champion this season – but the Australian can use the event on Saturday night (Sunday, NZ time) as part of his build-up for the outdoor (motocross) season that’s set to kick off in California in May.

That’s when Reed hopes to be 100% ready to challenge Dungey and the other stars of the sport, including riders such as New Zealand’s Ben Townley (Honda) and Florida’s James Stewart (Yamaha), both of whom arer also returning from injury.

Reed (Kawasaki) has spent the week training and riding, focusing on the areas he felt he was lacking.

“While I have no (supercross) championship to fight for and I am primarily focusing on my preparation for the AMA Motocross series having not won here before does give me added motivation to do well.

“The north west dirt is quite soft so it can rut up and make the track quite difficult and there is also the potential for wet weather.

“I need to reiterate that I won’t be taking silly risks. The greatest benefit from these last couple of races is ensuring my race fitness ahead of the motocross season.”