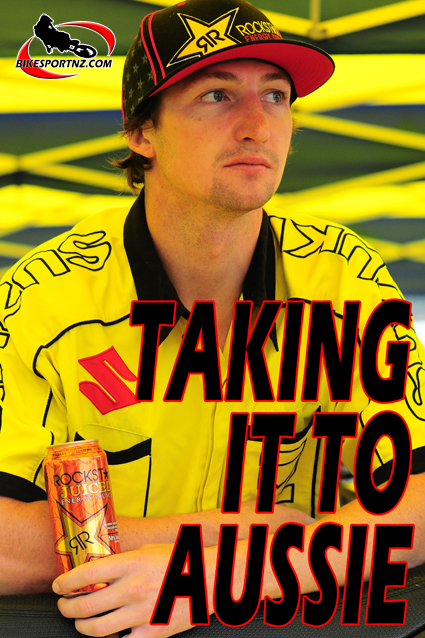 New Zealand will again have solid representation on the Australian motocross scene this season.

Mount Maunganui’s national MX1 No.2 Cody Cooper spent the past two seasons racing in the AMA outdoor championships in the United States but now he is crossing the Tasman to tackle the open class in Australia.

Cooper (pictured above) will race for the factory-backed Australian Rockstar Motul Suzuki Team, the same Jay Foreman-managed team that fellow Kiwi Daryl Hurley rode for when he took the Australian open class title in 2005.

Warkworth’s Hamish Dobbyn also heads across the Tasman to take up a ride with the same Rockstar Motul Suzuki Team.

He will ride in the Under-19s Championship, filling the vacancy made by Lawson Bopping who has moved to the Lites class.

The Australian Motocross Championship season kicks off at Horsham, Victoria, on March 28.