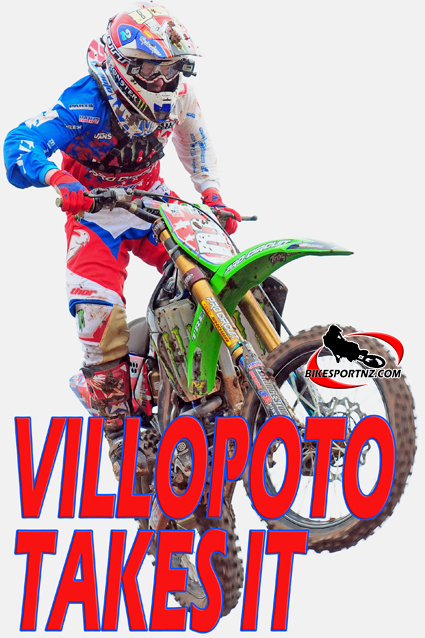 It was Villopoto who took the most advantage on Saturday night as defending champion James Stewart (Yamaha) was absent from racing as he requires surgery on a broken scaphoid in his right wrist. Stewart will now assess his recovery and fitness on a weekly basis.

While leading on lap 10, Dungey crashed and dropped back to fourth place. This allowed Villopoto to move into the lead, Hill to second and Millsaps to third.

“I lost my foot and went sailing,” said Dungey. “It could have been a lot worse. I am glad I am not hurt.”

The win for Villopoto marked the third in his career. Hill finished second and Millsaps finished third.

“The track was tough and slippery,” said Villopoto. “It was hard to put in 20 perfect laps out there tonight. It wasn’t the start that I wanted, so I played catch-up. It is a long season with a lot of racing left.”

Troy Lee Designs Honda’s Cole Seeley won the holeshot award in the Lites race, but it was Canard, who quickly stole the lead.

“I had a rough start to this season, and I am finally starting to come around,” said Canard. “This was great night for me and my team.”

“I hate losing and I lost tonight, but I have the points lead and am thankful for everyone that has helped me get here,” said Weimer.