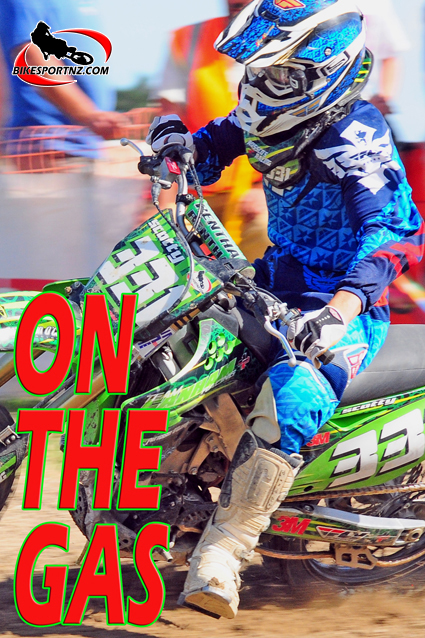 Rotorua’s Scotty Canham may be the next big thing.

The Kawasaki rider surprised everyone when he became the junior Champion of Champions at the weekend’s 49th annual New Zealand Motocross Grand Prix at Woodville.

The 16-year-old raced his Patterson O’Connor Motorcycles Kawasaki KX250F to runner-up spot in the ultra-competition junior 14-16 years’ 250cc class on Saturday, getting faster as the day wore on, charging through the field after a bad start in the day’s final 250cc race to claim second spot.

The BikesportNZ.com rider finished just 10 points behind Cromwell’s Sam O’Callaghan (Honda) and actually equal on points with Masterton’s Bjarne Fredericksen (Honda) (with Canham getting the nod for No.2 on the count-back rule) but, significantly, Canham was also ahead of Australian junior world champion Jay Wilson (KTM).

Canham then backed that up by going one better and winning the prestigious all-in junior Champion of Champions feature race to end the day, this time ahead of O’Callaghan and Atiamuri’s national 125cc No.1 Dion Picard (Suzuki).

“I have only been racing for three years and spent most of 2008 on the sidelines with injury,” he said. “I came back to racing in July last year and now this is the highlight, winning the main junior race at Woodville.

“Michael Phillips (of Rotorua) gave me some lessons when I first decided I wanted to race in 2006. Then, when he went overseas to race, I started using (Cambridge former national champion) Mike Cotter, who has helped and guided me on and off since.

Cotter is the manager of the Fly Team Green Kawasaki outfit.

“Mum, dad and my brother Danny have guided and helped me from day one. They have helped me with all my fitness and training.

“Woodville was my biggest and best since my accident. Being on top of the podium was the best feeling I have ever had. I felt proud for my sponsors.

“I had been training really hard for this event, especially working on my fitness, because I knew it  would be a tough one. It has taken a long time to get back to where I was after my hip injury but I am fitter than I was before and more confident.

“My aim is to do well at the next few races and these will help me prepare for the New Zealand Junior Motocross Championships in the South Island in April … that’s where I plan to finish on the podium again.” 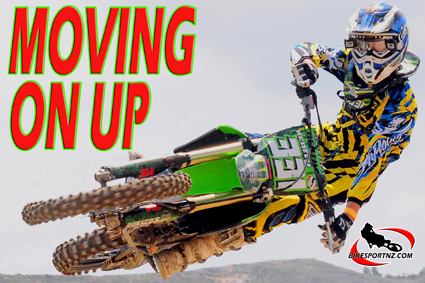