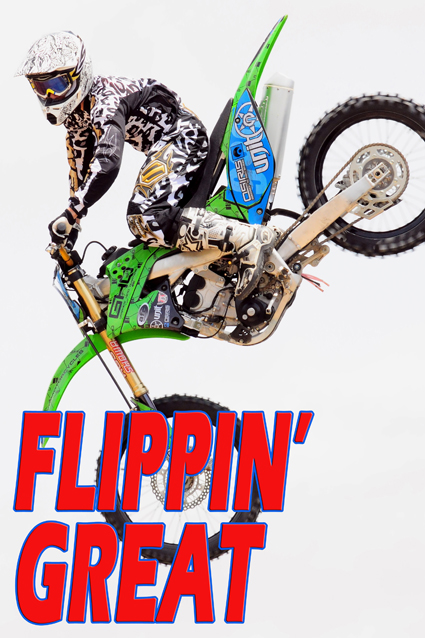 The annual line up, beginning on December 26th, of Motorcycle Street Racing, Jetsprints, and Hydroplanes, is adding Freestyle Motocross to the mix this year.

Attracting up to 20,000 people each year, Raceweek is a one-of-a-kind event, which to Mary Perkins seemed like a great opportunity to take Freestyle Motocross to the next level in New Zealand.

When approached by Raceweek organiser, Leighton Minnell, to help bring FMX into the mix, there was no hesitation in Mary’s mind.

After what seemed like a career-ending injury almost a year ago, Perkins has done anything but take a step back from the industry.  Combining the spectacular sport of Freestyle Motocross with a creative competition you will see riders go head-to-head in an epic battle for the first ever New Zealand FMX title.

Taking her knowledge of the industry and her positive, can-do attitude, Mary says, “It has always a dream of mine to help initiate a New Zealand Championship FMX event. I want the athletes in this sport to receive recognition for their efforts, and create an incentive for more riders to aim for professional status”.

With the partnership of the Wanganui District Council, Raceweek organisers, and Mary’s business ‘Encounter FMX’, there has been enough funding secured to go ahead with the Event. Red Bull has also taken the opportunity to show their support. The FMX Championship will be separate to the other three Raceweek events and will be held at the Cooks Garden Stadium on December 28th 2009.

“I believe New Zealand FMX needs competitions for there to be further growth and recognition; and because of the entertainment factor, the sport has huge potential”, said Mary.

“I want to give the sport and riders the recognition they deserve through this event but to achieve this I need the public’s support”.

Despite the competition format, the heart of the display will be a battle showdown, creating a highly entertaining atmosphere.

Expectations of local FMX riders are already high, with the latest sensation, Kiwi rider Levi Sherwood, commenting, “It’s insane how fast the sport is growing and this is just what New Zealand needs”.

Sherwood (pictured above), also known as “rubber kid” because of his amazing talent to twist his body upside down and around, made a name for himself this year taking the win against the world’s best at the Red Bull X-Fighters in Mexico – his first ever major competition.