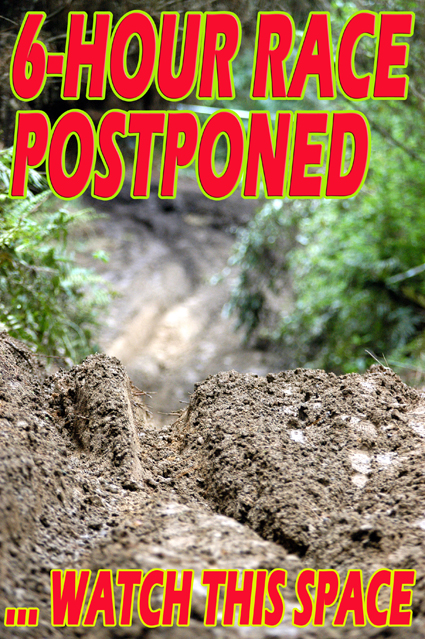 The inaugural Dirt Guide 6-Hour Cross Country Race has had to be postponed.

The event, set for Tar Hill, just 15km south of Tokoroa, on November 28, will now be staged at a later date … watch this space for details.

Organiser Sean Clarke has advised that, for personal and family reasons, the big race can not now take place on November 28.

It will be run at a later time and this web site will advise of changes.

No licence will be required for the Dirt Guide 6-Hour Cross Country Race but riders must be aged over 15 years.

Ironman and ironwomen (solo riders) are encouraged to enter, but mostly the racers will comprise two-rider teams in all the various bike capacities.

“We will allow female team riders to race their own bikes, rather than share their team-mate’s bike,” said Clarke.

“The course itself will be fast and flowing and about 33 kilometres long,” said Clarke.

“I get a lot of riders telling me that my tracks are to tight and a bit of a grovel. But Tar Hill is probably the most open track that I have and it is going to be great.”

He said most of the course is a clay and pumice base, so new tyres are recommended … “but who would start a six-hour race without new tyres anyway,” Clarke laughed.

Spectators would have a splendid view of racing with the start area and the pits on the tar seal. nearby there will also be a “special test” section.

“In fact, part of the track is the same as was used as the special test when the ISDE was held there in 2006.”

Entrants also go into the draw for a set of riding gear that is supplied by Northern Accessories and the Dirt Guide.