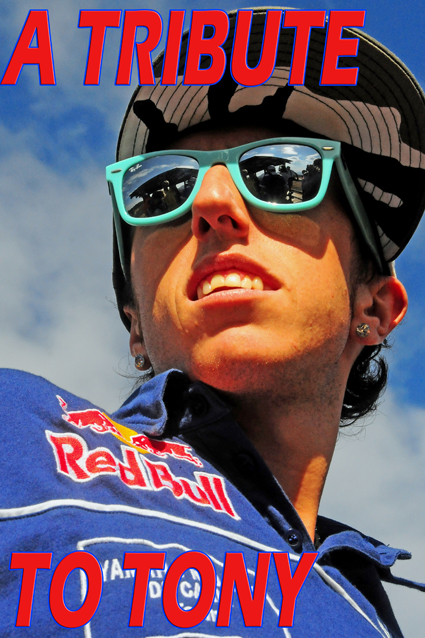 It seems like only yesterday that Italian Antonio Cairoli was the new kid on the block.

He won the first of his two MX2 world titles in 2005 and now, just four years later, he’s the top man in the MX1 class.

BikesportNZ.com was in Europe to see Cairoli race to his first MX2 title in 2005, was at the podium celebrations when he picked up MX2 title No.2 in Ireland in 2007 and was also there to witness to his crash at the South African GP last season.

Have a look at this video tribute to Tony Cairoli.

And here is an earlier interview with Tony Cairoli:

A little bit of history …

Making his debut in the FIM Motocross World Championship onboard a 125cc machine in 2002, Cairoli’s talent bloomed two years later in 2004 when the Sicilian entered the Yamaha squad headed by Claudio De Carli. Tony won his maiden GP at Namur, one of the toughest tracks ever, and ended the season with a rock solid third place in the championship which fully showed his value.

Despite winning the MX2 crown, his 2005 season was not an easy one for the Italian as he was disqualified at the French Grand Prix, letting rival Andrew McFarlane increase his points lead, and even broke his scaphoid during the qualifying for the Dutch GP. Eventually Cairoli raced Lierop in pain but wrapped up the title with one race to go. Australian McFarlane was second, Italians Alessio Chiodi and David Philippaerts and Frenchman Christophe Pourcel rounded off the top five. The 19-year-old Cairoli had just become the youngest Italian to have won a Motocross World Title.

Taking to the track with the number one on his Yamaha, Cairoli had a troubled start to the 2006 season which he ended in second place behind youngster Christophe Pourcel. 12 moto wins, against the four of Pourcel, demonstrated the Italian had the speed but missed the consistency at least in the first part of the year.

Once Cairoli found himself again Pourcel had already built a solid lead though the Italian tried his hardest to close the gap rounding off the season with two heat wins in France, Pourcel’s home GP. The duo starred the 2006 season as third placed Philippaerts suffered a gap of almost 100 points. Cairoli then continued the momentum with a stunning heat win at the Motocross of Nations, leading Team Italy to fourth overall. 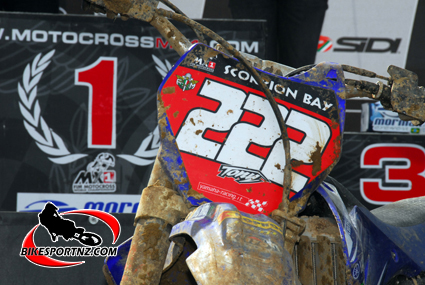 In 2007 Cairoli became World Champion for the second time, winning the MX2 series two rounds before its end at the GP of Northern Ireland where runner up in the Championship Pourcel was sidelined by a severe back injury. Holding the red plate in each single round, his 21 heat and 10 GP wins out of the series’ 15 meetings showed Cairoli was the dominator of the season. A special agreement with Yamaha gave Cairoli the chance to race the following GP at Donington Park in the MX1 class: qualifying in 12th, Tony ended second in heat one but took the overall courtesy of his victory in heat two. Getting back to the MX2 class to race and win the final GP of 2007 in Lierop, Cairoli had already left another important mark in the FIM Motocross World Championship.

Four wonderful years had passed by and Cairoli was struck by bad luck in 2008 when he pulled out of the South African Grand Prix in Nelspruit with a left knee injury. After winning four Grand Prix and taking two second places in the first nine rounds, Cairoli travelled to South Africa when he was a close second in the Championship, sandwiched in between eventual Champion Tyla Rattray and Tommy Searle. A first lap contact in moto one saw the Italian try and complete the rest of the heat in pain, though he had to pull off after just four laps to end his season a lot earlier than expected.

Cairoli’s comeback to action in 2009 saw him enter the MX1 class and leave the MX2. The many rumours and doubts about his fitness after the injury of the year before would be all proved wrong eventually.

As the Championship opened in Italy Cairoli failed to take a podium finish with his team-mate Tanel Leok winning and collecting the red plate, which went to De Dycker in Bulgaria. Though Cairoli took a clean sweep in Turkey, winning and snatching the red plate which he carried since then. Cairoli’s season continued with back to back podiums and another win in Portugal.

An eighth place in Great Britain stopped Cairoli’s podium row but Tony was back to the rostrum in France with third overall, followed by two consecutive wins in Germany and Latvia. This time his podium row stopped at the Czech GP, with Cairoli starting to feel pain to his left knee one week ahead of Lierop.

Nevertheless the Italian rode two brave moto’s in Holland, moving past Max Nagl and taking the title in moto two where he gave all that he had.

A new challenge is now ahead of Cairoli and the De Carli squad as well, both moving to KTM in 2010 to make up the Austrian manufacturer’s factory line up in the MX1 series together with current KTM Factory riders Rui Goncalves and Nagl, the current runner-up to Cairoli in this year’s series.