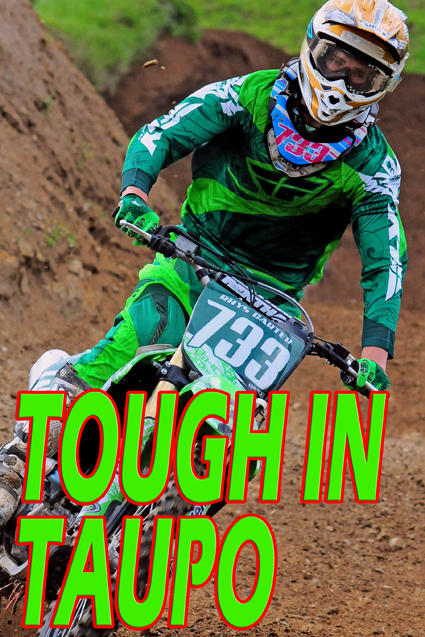 Only four bikes completed nine of the 25-kilometre laps in the four hours and the Kawasaki KX250F of Taupo’s Saunders and Palmerston North’s Carter eventually worked through traffic to take the chequered flag by 24 seconds from fast-starting solo rider Sam Greenslade (Husqvarna 450), of Auckland. 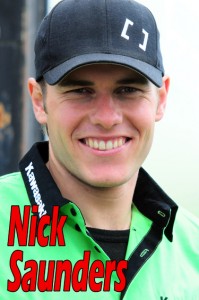 Saunders, 24, and 19-year-old and Carter didn’t have it all their own way — they found themselves down in 25th spot at the start and in 10th place after the opening lap — but they soon made up ground on the leaders and were up to fifth position by the end of the second lap.

From there it was just a matter of settling into a rhythm and picking their way past rider after rider, the Kawasaki duo into second spot and hounding the leader, Greenslade, by the end of lap seven, snatching the win right at the end.

“I made an absolutely butchery of the start,” admitted Saunders, a former national cross-country champion and national motocross frontrunner. “I tried to start the bike while it was in gear, which was not the smartest thing to do, but I passed a lot of guys in the first section.

“We were slowly catching up but Rhys must have put in a blinder of a lap during his last stint. There were three of us together — me, Jason Davis and Sam Greenslade — when I took over the bike again for the start of the last lap.

“Davis and Greenslade collided and that gave me the gap I needed.

“It was great training for both me and Rhys for the motocross nationals coming up.”

Carter, a salesman at AFC motorcycles in Palmerston North, said he thoroughly enjoyed the inaugural event and would return to defend the title next season.

“I was just enjoying the ride and didn’t realise I was going so fast. I closed in on the lead by two and a half minutes in my final session on the bike. I feel pretty fit at the moment and that definitely helped,” he said.