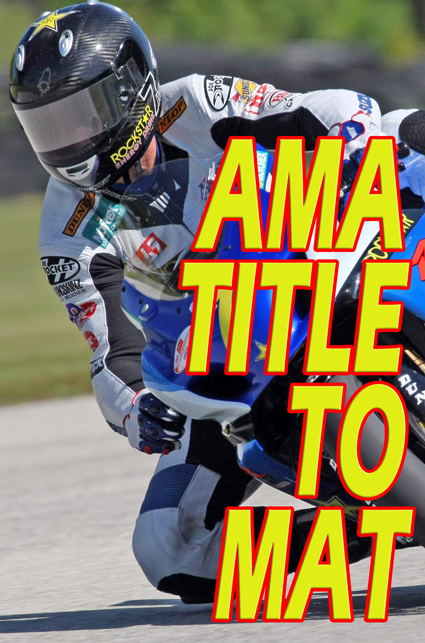 Suzuki’s Mladin finished second in Saturday’s race and then clinched the title when he finished ninth in Sunday’s race. Mladin’s career with Suzuki has spanned 13 racing seasons and in that time the Australian’s record-setting ways have been remarkable.

Additionally, Mladin has a record number of career pole positions with 62 and he is also the only rider to take every pole position in a single season — 10 out of 10 in 2005. Finally, he also holds the record for being the rider with the most AMA Superbike wins in a single season — 12 victories in 2007. With plans to retire at the end of this year, Mladin and Suzuki have truly been formidable.

Rockstar Makita Suzuki team-mate Tommy Hayden fared very well at VIR. The Kentucky rider finished fifth in Saturday’s race and then improved upon that significantly on Sunday by bringing home a second-place finish. This result is Hayden’s ninth AMA Superbike podium finish of the season.

“It’s nice to get the championship done and all wrapped up… My Rockstar Makita Suzuki guys are fantastic and it’s been a pretty amazing run,” said Mladin.

“We’ve won a lot of championships as a team and over the last 10 years it’s been pretty amazing from the first one I won in 1999 all the way through to this year. What with Ben Spies winning three over the last few years, it’s hard to believe that there will be that many championships won in a 10-year span again by one manufacturer. It’s been nice to be a part of it and it’s been fun building it.”