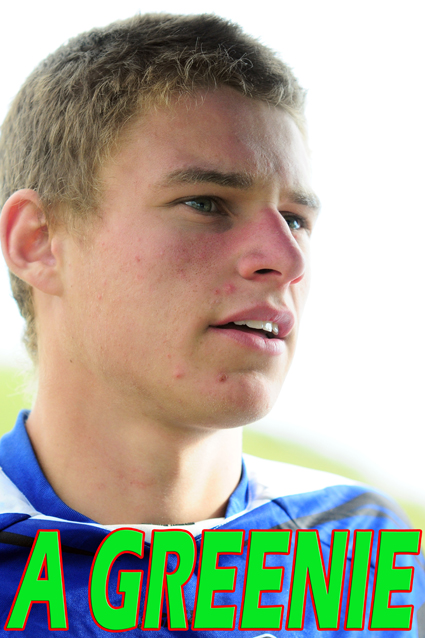 It will be a fresh, green image for Dobbyn, one of New Zealand’s elite young rising stars, a key member of the 24-member New Zealand squad to tackle the RoadCraft FIM Junior World Motocross Championships in Taupo on August 15-16.

“Over the past two months I have been focussed on training to be in the best possible position to win at the Junior World Motocross Championships,” said Dobbyn. 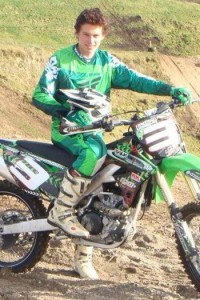 “I have been so lucky to be getting help in my training from Ben Townley.”

Taupo’s Townley won the MX2 world crown in 2004 and then raced a Kawasaki KX250F to great success in the United States in 2007, winning the East Coast Lites Supercross crown and coming within an ace of also winning the 250cc outdoor motocross title.

“Ben was really straight with me; without getting into a structured team environment, I didn’t stand a chance,” said Dobbyn.

“Dad and I were doing our best but bike set-up, disciplined training practices and all the rest that comes from being in a team environment were missing.

“I have always liked the Kawasaki Team Green concept. Their philosophy is that, if you ride a Kawasaki, all the information on bike set-up that the Kawasaki factory has, is passed on down to all Kawasaki riders.

“I have seen the Team Green manager, (Cambridge’s) Mike Cotter, working with their two junior riders, Haki Waller and John Phillips, and their progress in improving their track times is impressive. Their senior rider, Nick Saunders, is always on hand to help. They are a real team.”

“First I had a ride on the Kawasaki KX250F and found it was a very good bike. I then talked with Mike Cotter who advised me that, having ridden Yamaha for so long, I needed to talk with Yamaha about the team structure I needed. He also made me aware that being part of Fly Team Green was no free ride.

“I needed a dedicated mechanic and a practice bike and, more importantly, I needed to convince him and Kawasaki management that I had the discipline needed to stick to their training programme, which included helping at Kawasaki training schools.

“Before getting into Team Green I first talked with Yamaha because I am extremely thankful for all the help they have given me but my heart was set on riding in the Kawasaki team. I made contact with (former Grand Prix motocross mechanic and now Auckland businessman) Russell Burling, a long-time supporter of New Zealand motocross riders, and, with his contribution, I was able to become a member of Team Green.

“With the assistance of Ben Townley and Russell Burling, I now have the services of Craig Guy to be my mechanic.

“Mike Cotter and Craig have already set up my practice bike and since then I have been riding under BT’s (Ben Townley’s) guidance. The bike is great and my lap times keep improving.

“Even on my practice bike I am going as quick as I ever had before and, for the world champs, I get a specially-prepared Team Green bike. I have seen Johnny Phillips’ race day bike and seen his improved lap times, so I know that on my race-day bike I will be faster than I have ever been.

“I want to say a huge thanks to Mike Cotter and Fly Team Green for taking me on and thank Ben Townley and Russell Burling for all their help, plus of course my new sponsors, Kawasaki, Fly, Silkolene, RK Chains and Shoei helmets.