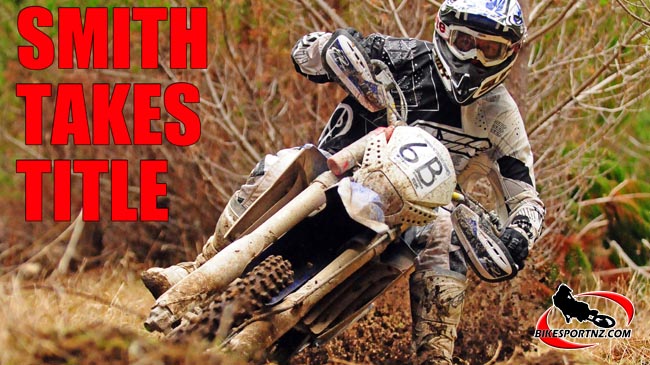 One of the most liked and respected riders on the circuit, Smith’s performance near Taupo on Saturday earned him his first overall New Zealand Enduro Championship title.

It was certainly a popular victory, the affable 26-year-old actually finishing runner-up at the fifth and final round of the Yamaha-sponsored series on Saturday – the racing on a treacherous tree root-infested forestry circuit about 30 kilometres south-east of Taupo – but it was more than enough for him to claim the New Zealand motorcycling’s highest enduro accolade.

The man who beat him on Saturday, Auckland’s Karl Power (Honda CRF250), had been forced to missed three of the series’ five rounds because of injury, so his result at the weekend was never going to be enough to make up the lost ground.

Inevitably, then, despite Power’s trail blazing performance at Taupo, the day belonged to Smith, who on Saturday also snatched away the under-300cc four-stroke class win from his nearest bike class rivals Scott Birch, of Rotorua, and Jonathan Hill, of Auckland.

“It’s an amazing feeling,” said Smith afterwards. “I didn’t even do all five rounds myself. I had to skip the first round because I was injured. To win the title overall without doing all the rounds … I don’t know if that’s ever been done before,” he gasped.

“The secret in the end was just to treat it like another race and just relax and try to have fun.

“In the end it was a slim winning margin but that’s all it needed.”

Smith now prepares for a trip to the United States, where he will join fellow Kiwis Paul Whibley, of Pahiatua, and Rory Mead, of Wellington, in racing the final three rounds of the Grand National Cross-country Championships.

Meanwhile, the various bike class winners were also decided at Taupo’s cliff-hanger final round, many of the categories going right down to the wire. 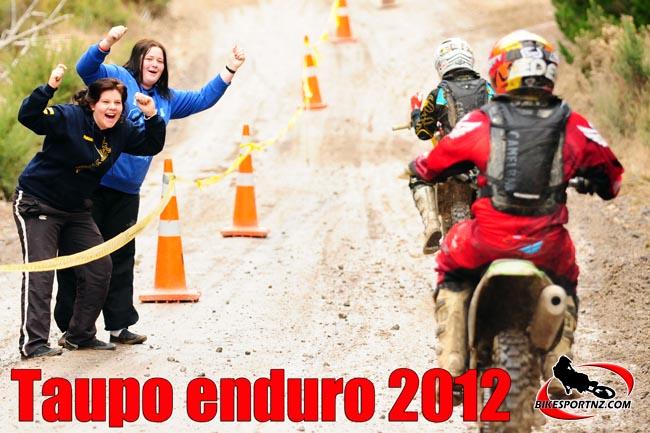