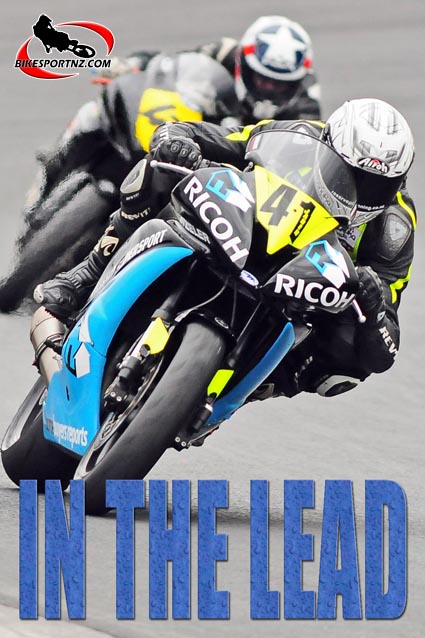 He’s only 17, but Auckland’s Jaden Hassan is quickly establishing himself as the title favourite for the 600cc supersport class this coming season.

The Yamaha rider from Westmere has just wrapped up his final year at high school and he’s looking to make a future for himself.

He has applied for a job to be a bicycle courier – a position that still requires urgency but perhaps lacks the speed he’s used to – and enrolled online to be a mechanical engineer but, in between times, he’s a motorcycle racer with perhaps enough talent to make that his career.

He certainly proved this on Saturday when he dominated the 600cc class at the first round of three in this season’s motorcycling Tri Series at Hampton Downs, just outside Meremere. Round two is this coming weekend at Manfeild with the third and final round set for the public streets of Wanganui on Boxing Day.

With two wins from two starts at Hampton Downs, Hassan (Yamaha R6) has set the benchmark in the 600cc class and shown he is the man to beat when the New Zealand Superbike Championships kick of at Ruapuna, in Christchurch, on January 8.

“We got the Yamaha R6 up to supersport specifications last week and I know we’ll be competitive,” said Hassan.

Hassan finished runner-up to Inglewood’s Midge Smart (Yamaha) in the 600 superstock class last season – actually equal on points with Smart but second on a count-back – and he’s making the step up to the supersport ranks this year and with the intention of switching the No.2 to a No.1 on his Yamaha.

“I was satisfied to finish behind the vastly experienced Midge Smart last season but I figure I have experience myself now and I can be the No.1

“I have a good team behind me, with (former New Zealand champion) Dave Cole as my mechanic, and I’m building up now for the nationals. I’ll race at round two of the Tri Series at Manfeild this coming weekend but will miss the final round on the streets of Wanganui.

“I had an awesome day at Hampton Downs today and I know my build-up for the nationals is going to plan.”

Round two of the Tri Series is this Saturday at Manfeild.