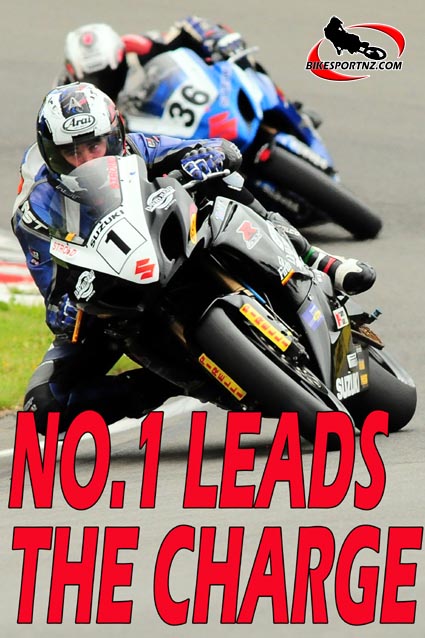 It’s still Suzuki 1-2 in the Suzuki Tri Series after the second round at Manfeild at the weekend, although now it features a fresh face in the No.2 podium position.

Auckland’s Ray Clee (Colemans Suzuki GSX-R1000) surprised everyone by claiming pole position early on Saturday, but then showed that superb achievement was no fluke when he backed up by rocketing into the lead at the start of race one, fellow Suzuki rider and reigning Tri Series champion Andrew Stroud, of Hamilton, in hot pursuit.

The surprises didn’t end there either as both Clee and Stroud (David Reid Homes Mobil 1 Suzuki GSX-R1000) were eventually passed for the race win by a late-charging Nick Cole (Red Devil Racing Kawasaki ZX10), of Hamilton.

But Clee was more than satisfied with his runner-up finish, a feat he repeated in the day’s second superbike race as well, good enough to elevate him from third overall to a solid second in the series standings.

“It was a broken bolt on an after-market side cover that caused the oil leak but I also had problems with the wet weather tyre shredding itself on the rapidly drying track. Finding traction was a real issue,” said Stroud.

Race two was a different story for Stroud, however, as he led from the start and built a gap over the field. Clee made a charge late in the race and threatened to steal away the win, but Stroud held on to make it 3-1 results for the day, giving him the overall and rocketing him into the series lead as well.

The winner at round one at Hampton Downs a week earlier, Triple R Suzuki star Robbie Bugden, was a notable absentee at Manfeild – the likeable Australian also unavailable to race at the third and final round on the streets of Wanganui on Boxing Day – but he has vowed to return from Brisbane to contest the New Zealand Superbike Championships, starting at Ruapuna on January 8.

Stroud is now in the driver’s seat as the riders head to Wanganui on Boxing Day but he is not taking it for granted that he can claim an amazing four Suzuki Tri Series titles in a row.

“It’s nice to head to Wanganui with a small points buffer because I don’t want to have to put it all on the line to win on Boxing Day,” said the 43-year-old father-of-eight.

After two of three rounds, Stroud leads the standings by eight points from Clee with Cole in third overall, a further five points back.

Feilding’s Craig Shirriffs (Suzuki GSX-R1000), normally a force to be reckoned with on his home track, had a horrible afternoon. He failed to finish the first race, although he bounced back with a solid third in the next outing.

Meanwhile, Wellington’s Glen Skachill (Suzuki GSX-R600) came on strong at Manfeild, winning both races in the 600cc Formula Two class and claiming a share of the series lead.

Skachill and round one winner Jaden Hassan (Yamaha R6), of Auckland, are now equal first on points, although round one winner Hassan will not race on Wanganui’s Cemetery Circuit on Boxing Day, thus handing the initiative to Skachill.

But Skachill will still need to be wary of fellow Suzuki riders Dennis Charlett, of Christchurch, and Karl Morgan, of Auckland, the men who are respectively third and fourth in the standings.

Palmerston North’s Glen Williams is the leader in two classes. 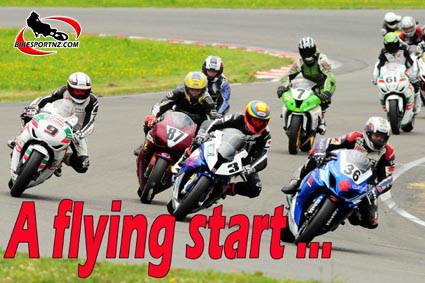 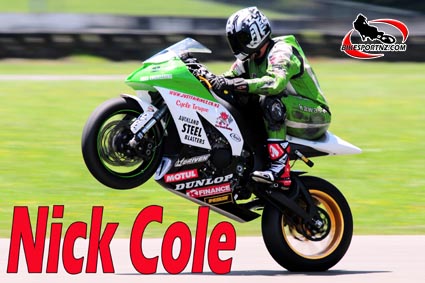