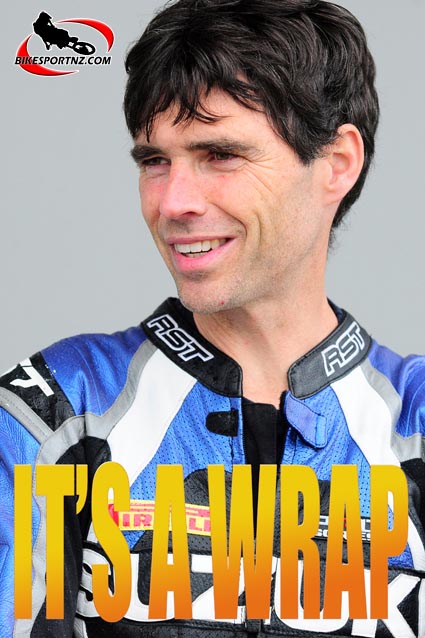 Hamilton’s Andrew Stroud finished the job he started three weeks earlier when he wrapped up the Suzuki Tri Series superbike crown at the final round on the streets of Wanganui on Boxing Day.

He finished runner-up at the series opener at Hampton Downs on December 10 and snatched the points lead when he won the day at round two at Manfeild just over a week ago, but it called for an entirely different style of racing to conquer the tight and twisty streets of Wanganui’s fabled Cemetery Circuit.

The David Reid Homes Mobil 1 Suzuki GSX-R1000 rider also had to tame Australasia’s elite superbike riders, each of them determined to snap the Stroud win-streak, and all of them entirely capable of doing just that.

But Stroud finished 3-2 in the two superbike class races at Wanganui, and also finished third in the one-off Robert Holden Memorial feature race, to firmly rubber-stamp his “ownership” of the Suzuki Tri Series. He has now won the superbike component of the series every year since the inaugural running in 2008.

In the end, Stroud’s eight-point buffer at the top of the standings as he headed into Boxing Day’s finale was again just too much for anybody to overcome.

Stroud didn’t dominate the 2011 series as he may have done in previous seasons – with Australian Robbie Bugden (Triple R Suzuki GSX-R1000), Aucklander Ray Clee (Colemans Suzuki GSX-R1000) and Australian Dan Stauffer (Bernard Racing Yamaha R1) – each taking wins from Stroud during the series, but Stroud was consistently good and also so many of his rivals chose not to contest all three rounds, thus making Stroud’s task that much easier.

Last year’s winner on Wanganui’s streets, Gold Coast rider Stauffer, was again a force to be reckoned with on Boxing Day – finishing 1-1 in the two superbike races and also winning the Robert Holden Memorial feature race – but unfortunately for race fans this was also his first and only showing in the Suzuki Tri Series this season and he therefore had no chance of taking the series win outright.

“Nick (Cole) was riding very well,” said Stroud. “It was a very bumpy track at Wanganui, I struggled to find traction a times, but all credit to Dan (Stauffer) for winning here.

“Winning the series overall was the main aim for me, so I’m happy to have achieved that.

“I am now getting prepared to race the New Zealand Superbike Championships (which kick off at Christchurch’s Ruapuna circuit on January 8).”