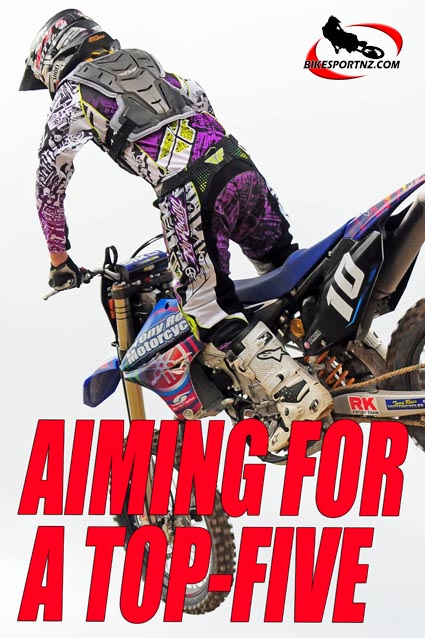 He may be up against some of the best in the business, but Whakatane teenager Mitch Rees remains confident he can achieve a top-five finish at this year’s big annual Yamaha Summercross motocross event in the Bay of Plenty.

The traditional two-day post-Christmas motocross extravaganza near Whakatane has again attracted the cream of New Zealand’s motocross talent, as well as a few top riders from overseas, but that doesn’t shake the faith that 19-year-old Rees has in his own ability.

The Yamaha rider will line up against the top Yamaha rider in this part of the world, Kiwi international Josh Coppins, the Motueka man who recently wound up his world championship career after 15 years in Europe so that he could concentrate on winning titles in Australia and New Zealand.

Rees will have plenty of problems trying to tame the 34-year-old Coppins and equally he’ll be troubled by other Kiwi internationals such as Taupo’s Ben Townley (Honda), Mount Maunganui’s Cody Cooper (Suzuki), the reigning national MX1 champion, and by Papamoa’s Mason Phillips (Kawasaki), just back from a season racing in Canada.

“It’s nearly two years now that I’ve been racing the big bike (Yamaha YZ450F) and I’m now really getting to grips with it,” said Rees.

“I’m really enjoying riding it. The good thing about this Yamaha is that you can tone down the power a bit to suit different riding conditions … alter it to handle sand or mud or hard-pack. Even then it has loads of power.

“The track at Awakaponga (the traditional venue for Summercross, this year set for Tuesday and Wednesday, December 27 and 28) is one of my favourites, as I know it is for a lot of riders.

“The weather is forecast to be hot, hot, hot … and so is the racing.

“Even so, I believe I can achieve a top-five finish. That is entirely possible for me. I’m expecting at least a top-10 result for the MX1 class.”