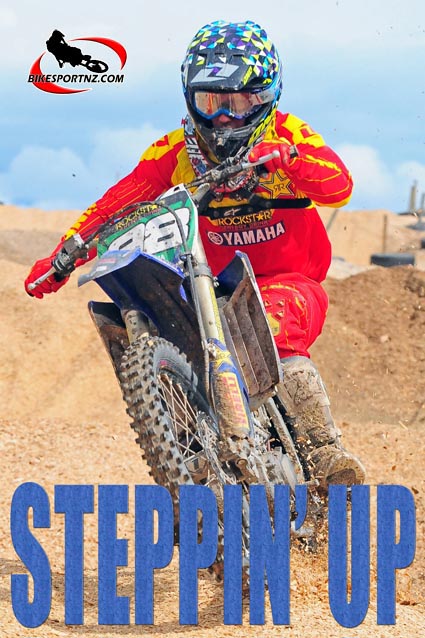 Waitakere’s Ethan Martens is stepping up the grades this season and even a painful recent injury has done nothing to dent the young man’s confidence.

A former champion in the junior ranks, Yamaha’s Martens won the under-21 years’ class at the 2009 New Zealand Motocross Championships and also finished runner-up to fellow Yamaha rider Damien King in the senior 125cc class that November.

There were no nationals staged in 2010, the championships skipping a year as the sport’s governing body repositioned the series nearer the start of the year, and Martens came back stronger than ever at the start of 2011, successfully defending his under-21 crown and also clinching the 125cc title.

But the just-turned 20-year-old has decided to swap the Yamaha YZ125 two-stroke for the more-powerful Yamaha YZ250F four-stroke for 2012, stepping up to the MX2 (250cc) class for the four-round series that kicks off in South Canterbury on February 12.

He took a tumble during a build-up event at Patetonga, just south of Auckland, recently and spent several weeks with a plaster cast on a broken right wrist.

“I’m back in action now and feeling very good,” he said this week.

“I’ve had some very good people working around me and I’m feeling confident for the season ahead.”

He remains a key member of the MXDK Rockstar Yamaha team and that has also given him confidence to succeed.

“I have the 2012-model bike now and it’s awesome. We are just working on getting the bike set up for me. There seems to be more mid-range and top-end power and it feels sturdier and able to turn quicker in the corners.

“This will be my first senior nationals in the MX2 class but I’m going to give it my best shot, I’m close to 100% again and my next race, at Whakatane’s annual Summercross (on December 27) is one of my favourite tracks. I’m feeling very confident.”