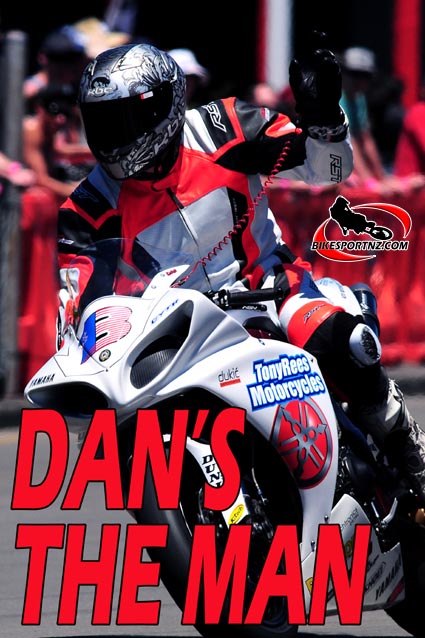 He even went a couple of steps better this time around by winning every race he entered.

The 35-year-old from the Gold Coast finished 4-1-1 last year but on his second visit to the central North Island city he clinched a perfect hat-trick of wins on his Bernard Racing Yamaha R1.

“It wasn’t quite perfect,” he laughed. “I did have to give up $200 to (defending Tri Series champion) Andrew Stroud,” he said, referring to the fact that Hamilton’s Stroud led two of 10 laps in the Robert Holden Memorial race, with $100 on offer for the leader of each lap.

“It was an interesting start to the day for me. I ran off the track twice during practice. I was going too hard on new tyres,” he shrugged.

“It was a really good day in the end. Brian Bernard (of Wanganui) prepared a really good bike. It was fantastic. Fingers crossed now I will be able to come back and contest the New Zealand Superbike Championships (which kick off at Christchurch’s Ruapuna circuit on January 8).”