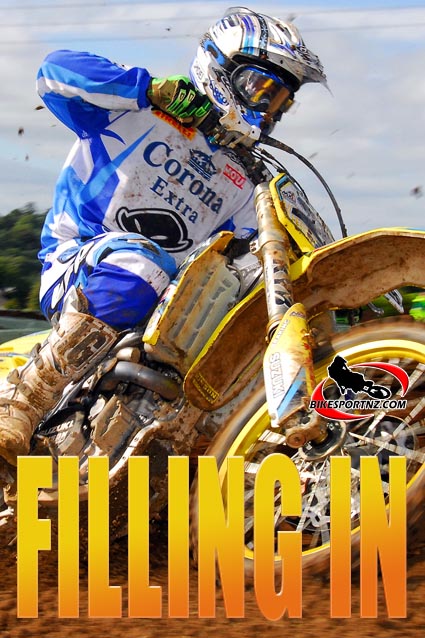 One Belgian hero will replace another at this weekend’s 12th round of 15 in the Motocross World Championships at Loket, in the Czech Republic.

The Rockstar Energy Suzuki World MX1 team will count on the services of former rider Kevin Strijbos for the final four rounds of the FIM MX1 World Championship after the injury to Steve Ramon at Lommel last Saturday.

Strijbos (pictured herewhen he raced for the team in 2007) is no stranger to Loket.

It was at the hard-pack and fast course in 2005 that Strijbos gave the works machine its very first overall GP victory. 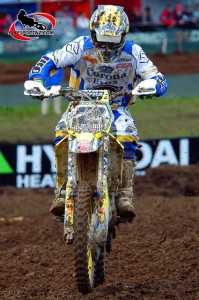 Strijbos has a long association with the team and also Suzuki (four years with GRP) and was the perfect candidate to help fill the awning next to fellow Belgian Clement Desalle for the remaining GP events in Czech Republic, UK, Germany and Italy. With Ramon’s blessing, Strijbos was able to test the bike this week and will again represent the Belgian crew after twice finishing as World Championship runner-up while wearing its colours.

“This is a great opportunity for me,” he said. “I’ve had a few bad weekends this season and also some other problems and this is a fantastic chance to show that I can still produce the goods, so I want to thank the team for picking me.

“I went to the workshop in Lommel yesterday and everything was exactly like it was before,” the 25-year-old added. “Nothing had changed and it was like coming home. I hope I can repay some of the faith this weekend.”

Loket has been a regular part of the FIM calendar since the start of the century. After the deep and loose sand of Lommel last weekend, the slippery and stony Czech hard-pack is a different test altogether for the Grand Prix elite.

The track is notoriously difficult for overtaking thanks to the fast, scenic and spectacular layout, sprawled over the side of a hill overlooking the town of Loket and a short distance from the small Spa city of Karlovy Vary.

Desalle notched his seventh podium result from a possible 11 last Sunday in Limburg. The 22-year-old returns this week to the venue where he scored his first Grand Prix victory in 2009.

“I hope to return to my usual training schedule this week,” he said after the Limburg round last Sunday. “So a bit of recovery, exercise and some riding. I think we will start the journey to the track on Thursday or early Friday.

“Loket is a nice track but I hope they have done some work there because last year there were not many lines,” he said. “I hope we find a layout where we can have some fun and good racing. I felt good on the bike in Lommel and I think if you have that feeling there, then you can have it almost anywhere.”

The long-term weather forecast indicates that the Grand Prix of Czech Republic could be a wet one with cloudy conditions and showers predicted for both Saturday and Sunday.