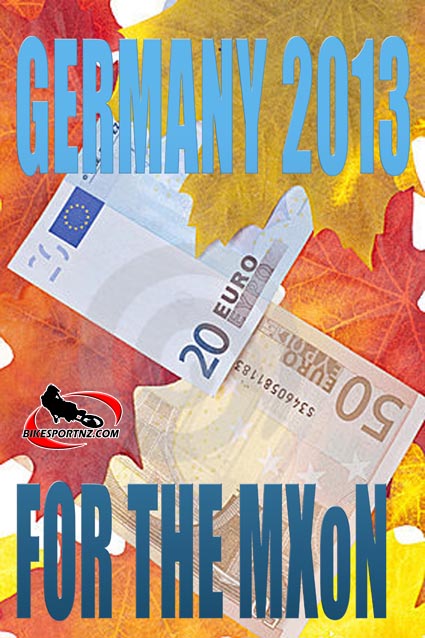 Teutschenthal, near Leipzig in Germany, will be the venue for the 2013 Motocross of Nations.

While traditionally the dates and venue for the Motocross of Nations is only released about one year in advance, the actual MXoN event details for the following year only being announced at the MXoN event each year, the sport’s governing and organising bodies have this year been able to reveal details well in advance.

This year’s MXoN is set for St Jean d’Angeley in southern France, while the MXoN next year will be at the sandy Belgian circuit at Lommel.

Now it has been revealed that Teutschenthal, about two hours’ drive south of Berlin, will be host in 2013.

Youthstream President Giuseppe Luongo said: “After a long partnership with MSC Teutschenthal and especially after the incredible success of the MX GP of Germany, it is normal to have a Motocross of Nations in the traditional track of Teutschenthal.

“It will be a good opportunity to show once more the excellent organisation of the German Motoclub. The 2013 MXoN will be bigger than this year’s German MX GP, so I am sure it will be an unforgettable moment for the history of the sport.”

Dr Srb added: “I am very happy that the biggest event in the World of Motocross, the FIM Motocross of Nations, returns to Germany after so many years. Congratulations to MSC Teutschenthal and Youthstream for this important agreement.”