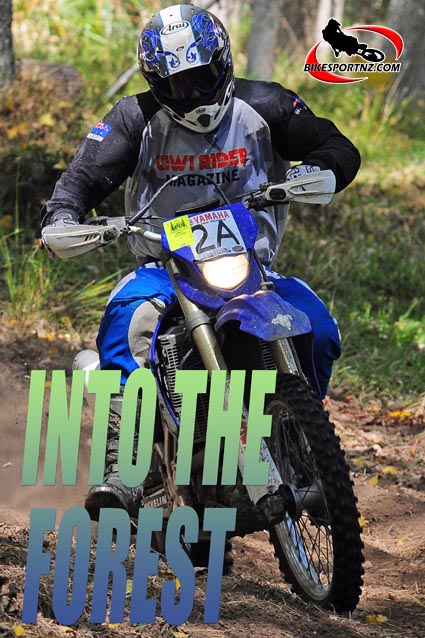 The competition resumes this weekend with the fifth round of six in this year’s Yamaha New Zealand Enduro Championships in the Riverhead Forest, near Auckland, and the racing on Sunday is sure to sort the protagonists from the pretenders.

Who has been resting on his laurels over the past few weeks? Who has continued to ride and train hard? Has Auckland’s Karl Power found some answers to beat series leader Rory Mead, of Taupo? Will a new hero emerge at this penultimate round?

Those questions, and more, will be answered deep in the forest on Sunday afternoon.

With three outright wins in a row, Mead is edging ever closer to the national motorcycling title that he last held in 2009.

After the fourth round of the series near Whangarei in March, the 24-year-old Mead (Yamaha YZ450F) put himself a comfortable 11 points ahead of his nearest rival, Power (Honda CRF450).

In addition to winning the Whangarei event outright and firming his grip on the title, Mead also moved to within just a few points of taking over the lead in the over-300cc four-stroke class, the advantage there currently held by Tauranga’s Reece Burgess.

Perhaps the only reason Mead does not already lead the separate battle-within-a-battle for bike class glory is that he changed bikes during the season.

Mead rode a smaller Yamaha YZ250F to victory at round one of the series in January, before switching up to the bigger 450cc Yamaha and starting a win streak with that bike.

Other riders likely to step up this weekend include Hokianga brothers Mitchell and Damon Nield, who finished fourth and fifth overall respectively at the previous round, while Burgess and Auckland trio Sam Greenslade, Michael Skinner and Caleb Van Dragt should also feature.

Tokoroa’s Sean Clarke (pictured above) is top of the veterans’ class and, as a many time former national champion and former International Six Days Enduro medal winner, he can never be counted out.

The sixth and final round is set for Taupo on July 2.