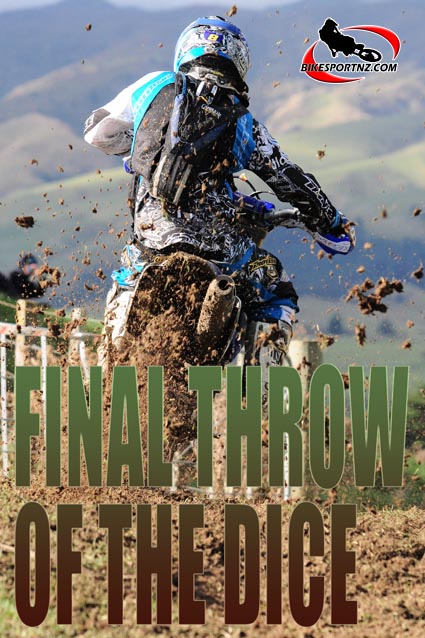 Reeves won the Suzuki New Zealand Cross-country Championships for the first time in 2009, successfully defended his title last year and is now well-placed to repeat that performance when he lines up for the fourth and final round at Urenui, near New Plymouth, on Saturday.

Reeves finished third overall at the series opener near Blenheim last month and then he won round two near Waipukurau a week later. He was forced to settle for runner-up spot at the third round of the series at Cheviot, just north of Christchurch, less than two weeks ago, on that occasion behind Huntly’s Michael Vining.

The battle for outright honours is tight because only three of the four rounds count towards the championship — with riders to discard their worst result — and this means as many as four or five riders could still snatch away Reeves’ crown.

In addition to Vining, Reeves will need to be wary of Te Awamutu’s Mark Penny, Raglan’s Brandon Given and Mokau’s Adrian Smith.

“It does come down to this final round to decide the title … so that’s exciting. But I think I should be okay, as long as nothing goes wrong on the day,” said Reeves.

“There are probably three riders who could snatch it away. It has been a very competitive series and not everything has always gone my way but I will need to bring out my best for Taranaki.”

Meanwhile, in the battle for junior honours, there seems to be no stopping Raglan’s Jason Dickey, the young rider who finished runner-up in the junior grade last season.

Dickey has dominated all three rounds thus far and it really is now just a scrap to see who can finish second overall with Maruia’s Ethan Bruce, Te Awamutu’s Ayden Dunn, Dannevirke’s Stacy Smyth and Cambridge’s Christopher Foster among the most likely candidates.