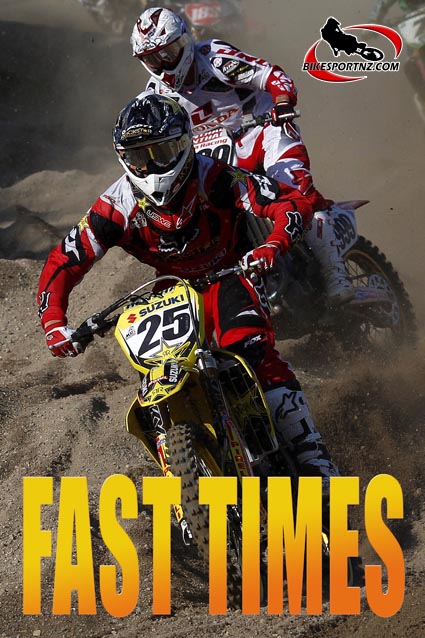 Belgium’s Clement Desalle dominated the qualification phase of racing at the US Grand Prix at Glen Helen today, taking for his first pole position since the 2010 Grand Prix of the Czech Republic.

The Rockstar Energy Suzuki World MX1 rider smoothly stretched a winning margin of almost 12 seconds over the rest of the field at the third round of the FIM MX1 Motocross World Championship.

After a cloudy and cool start to the Grand Prix, sunshine finally broke through in the afternoon and pushed up the temperatures. The new layout at Glen Helen on the foot of the San Bernardino mountains in California still provided one of the longest laps on the World Championship calendar.

Desalle was in no mood to dally and swiftly overtook Russian Evgeny Bobryshev to comfortably forge a lead in which he could circulate alone.

Rain is forecast for the duration of race-day tomorrow.

“The track is long with lots of jumps and it can be a bit dangerous,” said Dessalle.

“I started in fourth or fifth and got into second on the first lap. I focussed only on my riding and it brought me up to a moment when I could make a pass and after that it was pretty easy. It is not so fast in places but it feels like a very long lap here; the downhill wave section is special. I will do my best to win tomorrow and keep on two wheels.”

Meanwhile, New Zealand’s Darryll King got his Veteran’s Motocross Cup campaign off to a flying start, qualifying fastest and then finishing runner-up to American veterans’ motocross legend Doug Dubach in the first of two motos at the USGP.

Dubach (Yamaha) took over the lead in the race soon after the start but King fought his way through traffic, passing vets world champion Mats Nilsson (Yamaha), of Sweden, midway through the race and leaving him behind.

As the race wound down, King managed to close to within just a few bike lengths of Dubach but could not make the pass, settling for runner-up spot. Nilsson finished third.

King and Dubach were the only two vets riders to clear the fearsome main jump at Glen Helen and they both lapped down to fifth place.

Although this is round two of the veterans’ championship, it is King’s first appearance in the series.

Nilsson won both races at round one in Valkenswaard, in the Netherlands, and therefore has a solid 50-point buffer over anything that King manages to do from here onward, although King is already nibbling into that. 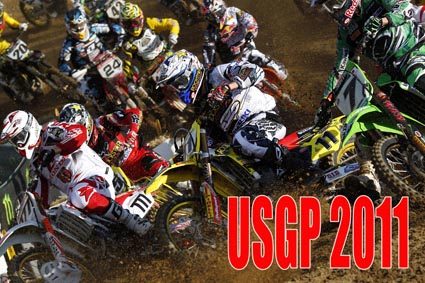 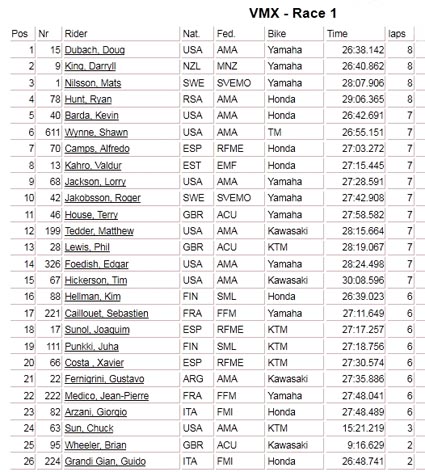