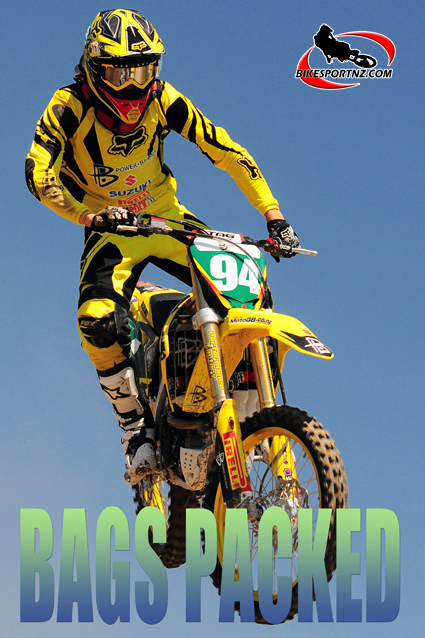 Mangakino’s Kayne Lamont is counting down the days before his next big overseas adventure.

A two-time national junior motocross champion in 2010, the South Waikato teenager moved immediately into the senior ranks, where he has continued to impress.

He raced with outstanding success in the United Kingdom, France, Germany, Sweden and the Czech Republic last season, gaining valuable international experience, learning the unfamiliar circuits and opening a few eyes as he went.

Now the Power Balance MotoGB Suzuki team rider is just days away from kicking off his next big European campaign.

The 17-year-old took his BikesportNZ.com Suzuki RM-Z250 to a solid third overall in the MX2 (250cc) class at the 50th annual Woodville Motocross less than a fortnight ago, a positive way to sign off in New Zealand before embarking on what will be an eight-month tour of the UK.

He was also awarded the commentator’s choice trophy for “Most Outstanding Motocross Rider of the Year” at the Woodville meeting, recognition for his commitment to the sport over the past year.

Lamont is now packing his bags to leave in a weeks’ time to join the high-profile Rob Hooper Maxxis Suzuki Team in the UK.

He will ride the No.75 Suzuki RM-Z250 for the team, competing in three separate but parallel series in the UK, the British Motocross Championships, the Red Bull Pro Nats and the British Masters series.

“He is a little nervous but is really looking forward to the trip,” said Lamont’s father, Stu Lamont.

“He has been working hard with Hamilton physiotherapist John Appel on his fitness and should be very fit for round one of the British Champs on March 6.

“He is proud to represent New Zealand and already knows many of the tracks now, so he should do well.

“He will also ride the big stand-alone Hawkstone International on March 20 … an invitation-only event … and it is possible, later in the year, that he could gain a wild-card entry to race at the British round of the MX2 world championships.

“He will basically be racing every weekend, with only six weekends off in eight months.

“We can’t thank enough the people who have supported us in this – Team Power Balance, Andrew Hardisty at MotoGB, BikesportNZ.com, John Appel and the Whakamaru Youth Support Group (who support local athletes in their chosen sport to compete overseas at the highest level).” 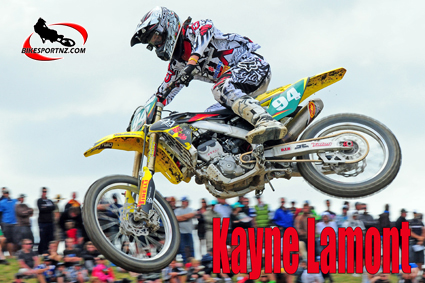