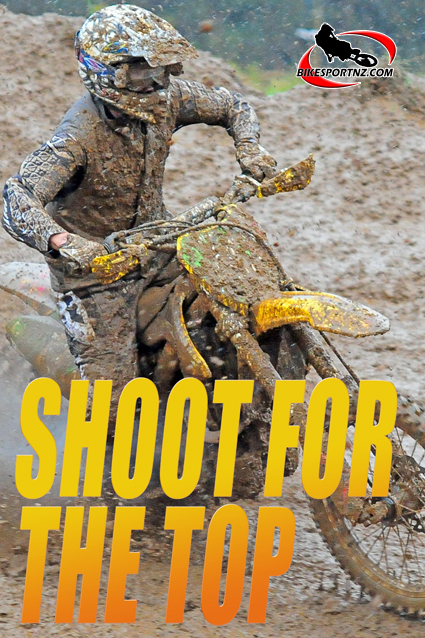 A leading race team in the United Kingdom is offering to give New Zealand motocross riders a shot at the big time.

After a pilot scheme last season with New Zealand MX2 rider Kieran Scheele, of Hawke’s Bay, Team NZ DBG, based in West Sussex, England, UK (south of London), has decided to offer the chance for New Zealand riders to come to Europe and ride in the British Championships, Red Bull Pro-Nationals, Masters and if riding well in world FIM rounds.

“As a fellow Kiwi now residing in the UK, I believe the establishing of this team brings a fresh approach to the sport and a chance for riders from New Zealand,” said team owner/manager Rex Michau.

“Riders such as Ben Townley and Josh Coppins will tell you how hard it is to get onto the world stage and how expensive it is. It’s well known that riders have to buy their way into a team and this can cost in the region of NZ$ 150,000 on a good day. We plan to run 2-3 riders for the 2011 season.

“Our focus being to give Kiwis a shot at the big time.”

Team DBG sponsored by Dirtbike-Gym and various exporting NZ companies will fund 2011 Suzuki bikes, trucks and rider costs associated with the getting on the track including mechanics.

“Riders have to get flights here and pay for their UK accommodation and food. Of course as they would have to do in NZ anyway … this would cost NZ$ 24,000 payable in three instalments over the 10-month season. As you will know, this is not even close to what NZ’s top riders have to spend to race a year in NZ.

“Riders will be expected to train to win and with DBG having ACU coach, ex-British Champion and GP rider Jason Morris as coach and coordinator of riders will gain huge experience during mid-week practice days in the UK and Belgium. Jason rides vets now at top British level and will ride some FIM rounds in 2011.

“Kieran Scheele (ranked NZ MX2 No.10) will vouch for the chance he had been given in the 2010 season. He rode with all the world champions on practice days in Belgium in deep ugly sand and raced against UK’s best, including GP riders such as Jake Nicholls and Matiss Karro.

“To this end we are inviting riders to apply for a position on the NZ DBG Team in 2011 season here in Europe. Riders will be invited to the team due to the following attributes … riding ability, aptitude and the knowledge that they are prepared to train and work hard for results.

“Riders may leave the team at any time should a major team, such as Red Bull KTM or Teka Suzuki, choose them. The knowledge of us succeeding in bringing kiwi riders to the world stage is enough reward for us. We will have 2-3 reserve riders on call so if a rider is injured we can call on the reserve … so it’s worth applying no matter your riding status. We will see potential.

“Riders are required for 2011 are to be at least 18 years old and have a history of top 10 finishes or potential to ride the top echelon of riders in NZ. We welcome to hear from younger riders as well. After all, there is always 2012/13 onwards and we may invite juniors for some experience in the year.

Applications should be sent to michau@mistral.co.uk and these will close mid October because the team has to book riders in for 2011 season by November.