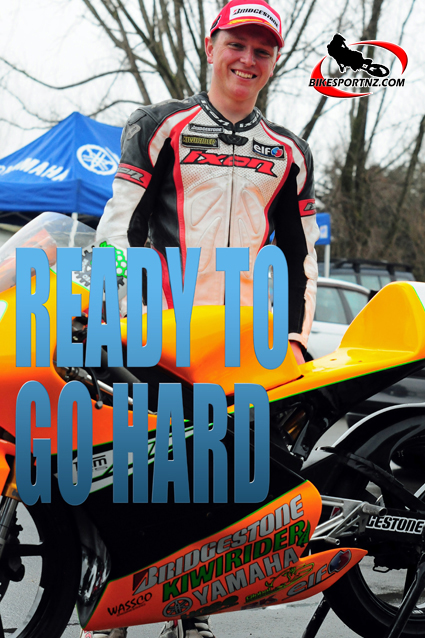 Like a thoroughbred race horse that has been tied up in the stable for too long, Hamilton’s Ken Jones can’t wait to be unbridled.

The Yamaha star has been sidelined for the past two seasons because of health issues but now he’s close to 100% again and chomping at the bit to begin racing again.

He turned up at Manfeild just over a week ago to shake off a few cobwebs and he immediately impressed, scoring solid points with each of his outings on the track.

“I raced a street stock bike at Manfeild but I plan to be back racing my Yamaha TZM125 in the 125GP class this season,” he smiled.

“I’m looking forward to it. I’ve been on the sideline way too long. I’m not on the pace yet but I’m slowly working towards a good level again.

“The last time I rode the nationals was in 2008 but that all turned pear-shaped from Ruapuna onwards … I fell off four times in three meetings … but still I managed to finish fifth.

Jones finished among the top 10 in the points in both the streetstock races he entered at Manfeild’s latest round of the Actrix Winter Series, showing glimpses of the form that made him of this country’s leading up-and-comers and now, still only 19, he still has plenty of years racing ahead of him.